Bees are amazing creation of Allah and they have been given a distinct honor. Bees receive revelation, a direct command, from Allah.

It is mentioned in the Quran that Allah sends ‘Wahi”  to bees, Wahi is a supernatural Divine Inspiration, something similar to what was being sent to Prophets. The verse said:

And your Lord inspired to the bee, “Take for yourself among the mountains, houses, and among the trees and [in] that which they construct. Then eat from all the fruits and follow the ways of your Lord laid down [for you].” There emerges from their bellies a drink, varying in colors, in which there is healing for people. Indeed in that is a sign for a people who give thought. (16:68-69)

In light of above look at this Hadith:

Both of these words invite us to ponder, Why Bees? whats so special about them? and how can a Believer be like Bees – so the explanation goes:

Some more lessons which bees teach us: 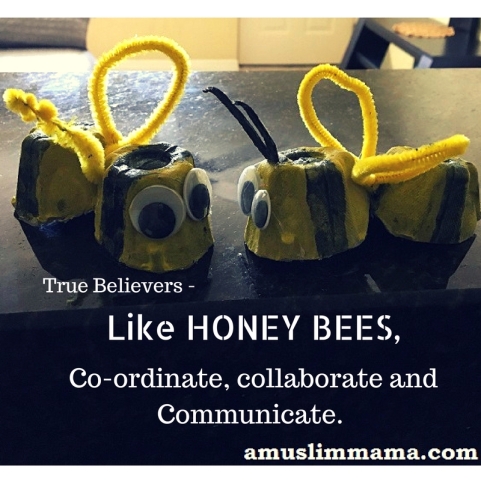 The awesomest and MY favorite part: The verse referred above is all in the feminine tense. Since Quran is very specific in its use of gender, we explore the world of bees and find that it is a female’s world. The females are dominant there, they work hard and they build & defend their home – the hive. Male bees only contribute to the reproduction process.

So Allah sends wahi to a female bee instructing her to “Take/Make her home”. I was awed by this line, Females. making homes. rings any bell? How awesome is that!

After being inspired again, I decided to introduce the wondrous nature of honey bee to my toddlers, and crafting is best teaching way. So we crafted.

We made this Egg carton Honey bee – We used: 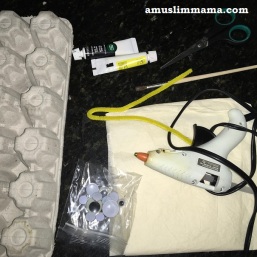 I cut two pairs of two block and let the kids color it yellow, then I drew black strips and let the kids paste the eyes. I then added an antenna and wings made out of pipe cleaners. was an instant hit. They both buzzed their bees for a while. 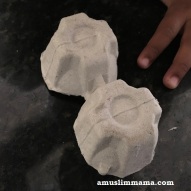 For the second one we  use a clothespin and tissue to make a small bee – which Ib flew after he had torn apart his egg-carton one. 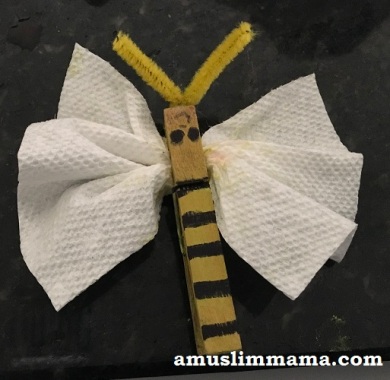 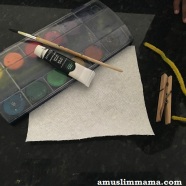 Finger Puppet: and last we made a Honey-bee finger puppet. using Cardboard and paper. 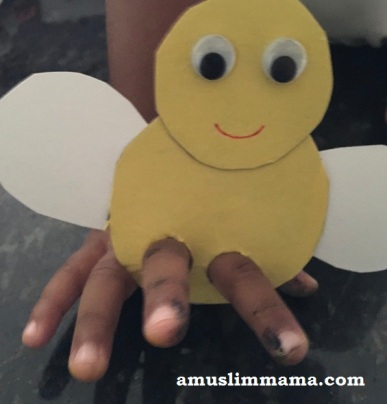 Note: I was introduced to this Bee-loving by this Lecture by Br. Nouman Ali Khan Here.

6 thoughts on “Bee-Loving. Wonders of Bees.”